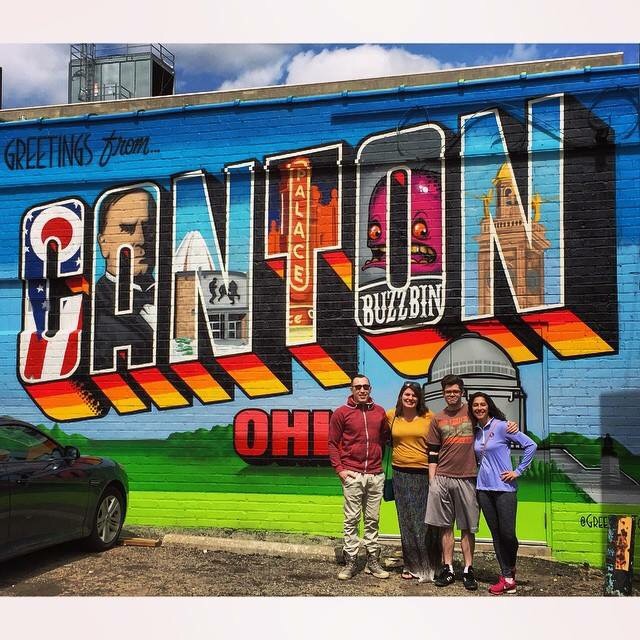 No one thought anyone would want to live there. Well, no one except Steve Coon and those few vibrant souls that made downtown Canton a place that at least the 4 of us wanted to live. There were 5 of us originally and the lose of the 5th had a lot to do with the intensity and depth of our friendship. It was just like Friends. We even had (and I swear if I find it, I will publish it!) a notebook with all the situations in our lives would have made perfect Friends episodes. While we’ve moved on, the 2 years we spent living at 400 McKinley will always be there as a testament to how friendship should be. Could be. For a finite period of time. Learning for myself that relationships don’t have to last a lifetime, or even more than a few years, to be hugely impactful and significant is a life lesson I truly value. Here are a few of the episodes that showcase why people used to joke that when you would see one of us, the other 3 were sure to be close behind.

This was the day we realized how “unrealistic” and sitcom-like our lives and friendship were. It was about 10 am in the morning on a weekday and we were all in my kitchen sipping coffee, eating cereal and chatting. I don’t remember which one of us pointed out how everyone else was at work right now and we “should” be too! We were all in such unique positions of being in charge of our own schedules and we made sure to spend that time together. Playing board games, making and sharing endless meals, sporting events, bike rides, cleaning, working— for awhile we were spending a lot of time together and it seemed exactly like where we wanted to be

The one when Donovan pulled dresses out of his ass

The vibrant and always fabulous Lindsey Zimmerman and I were Co-Chairing the first (now) annual gARTen of Good and Evil event for the Canton Museum of Art (CMA). It was the largest event as far as attendance and financial goals I had been involved in to that date. The 30+ Heart Guild had worked for months on the event and hours on the roof of the CMA in the August heat setting up the day of the party. I left myself two hours to run home, shower, and get ready before racing back for the event. What I hadn’t factored in was that this was a big deal, the biggest deal for me since Mitch died and I hadn’t realized how much I would want him to be there by my side, supporting me, as proud of my achievement as I was. This overwhelming grief manifested itself in hating the dress had planned to wear and a complete meltdown on my kitchen floor.

This is when Donovan walked in to find me s puddle of tears on my floor. Each of the 400 Crew walked in to find me like this at some point during the first year of Mitch being gone, but never with an event that demanded my elegant attendance as the freaking host in mere hours. After first encouraging me to just skip it because I didn’t HAVE to do anything (thanks for talking us out of that idea Alex haha), Donovan shoved me into the shower and said by the time I was out with my hair and makeup on that he would have a solution…. Damn did he deliver or what. He had called his colleague with a wife about my size, explained the situation and borrowed 4 dresses from her. I walked out of the shower feeling a little better having cried it all out in the shower to find 4 dresses on my bed. Donovan said, “Pick one and put it on, we’re meeting Alex in the hall in leaving in five minutes” and without another word or acknowledgment of my thank yous, he left me to get dressed.

The one when Cassie and I had drinks sent to us 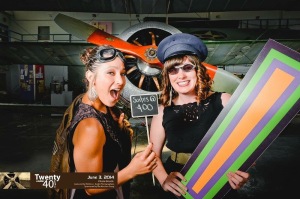 As a small number of people living downtown, we would try our hardest to support the local businesses. Cassie and I escaped for a little mid-afternoon mani/pedi session at Aura Salon and Spa. We were surprised with martinis handed to us with a message saying these would help us enjoy our special day together! Downtown Canton is full of some of the kindest, sweetest people that our planet was granted with, and many people looked out for us so it could have been anyone really. After a little investigating we found it they were from Tony Ly, owner of Basil Asian Bistro, a downtown restaurant. The sweetest part of this is that those two are now engaged!

We all knew that our little bubble of perfect friendship would burst eventually, but Alex moving to The Onesto made us sadder than when Joey moved out of his and Chandler’s apartment. We could literally not only see his building from 400 but if it was night and his lights were on, we could see straight into his apartment. We discussed a light switching Morris Code system, walkie-talkies, anything to not make it seem like such a big deal that we wouldn’t all be within 20 ft of each other at all times. Being friends with Steve, we were all in the building casually throughout construction, but when Alex’s unit was finished other than the heat and he got the keys we decided to stay up all night wrapped in blankets, explore, and celebrate! Our units at 400 were cozy, to say the least, so Alex’s unit felt like the Taj Mahal! We had contests to see how far we could run and slide in our socks across the floor and couldn’t stay upright from laughing so had. The night culminated with us popping champagne on the roof at sunrise, looking over Canton and 400 McKinley where everything started.

The one when we got matching tattoos

Our 400 tattoos were none of our first tattoos and we knew then as much as now that things change, but I am so grateful we got them when we did. Only 400. We didn’t need anything else. 400 summed everything up. 400 McKinley where our friendship was formed, blossomed, and solidified. There was a tattoo parlor around the corner so of course, we went there to support local businesses. We all got the exact same 400 as far as size and font but in all different places. Donovan hates pictures (along with most other people and things- it’s one of his most charming qualities), but we got a great one in front of the Welcome to Canton Sign on the side of the building. People ask me all the time why just “400” and it’s so hard to express my connection to these people without taking them out for a coffee and taking two hours of their life to explain. It wasn’t long after the tattoos that things changed, as they are want to do. I have long ago made “I release my attachment to life being easy and without issue” one of my daily mantras. I grieve the loss of connectedness, unity, and camaraderie we once shared. Our circumstances and physical locations may have changed, but my feelings towards them haven’t. And they won’t. What we share is a forever kind of feeling for me.

**Full disclosure that this One almost didn’t make the cut, because of how emotional it is for me but my gratitude for Cassie, as well as the significance of the location, demands it’s inclusion**

It was what would have been Mitchell’s 26 birthday, 12 days after he disappeared. I was in the waiting room of a downtown attorney with my mom to discuss the very real possibility of the West Virginia Attorney General taking me in for questioning and a potential negligent manslaughter charge. The thought of going to prison for the death of my husband felt about as terrible as living the rest of my life without him so I wasn’t too concerned at the moment. One of our friend’s from The Lake called before the police did because they watched the Department of Natural Resources boat go out in a hurry, an ambulance arrive, and commotion ensue. Furious that a friend called before the police I made a phone call to my point guy, Officer Allen. As soon as he picked up the phone I knew. Sirens, yelling, commotion, the tone in his voice. It felt like an overly dramatic scene from a movie, but it wasn’t. 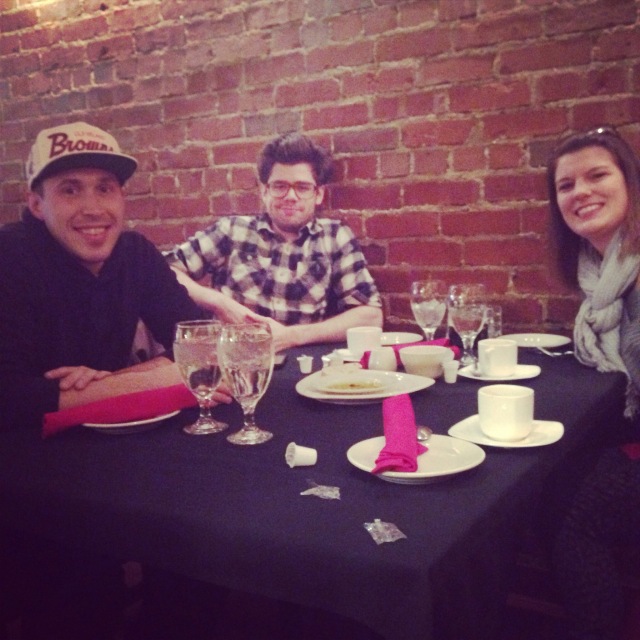 It was my real life. It was raining and I was wearing flip-flops. I kicked them off, started running and called Cassie. When she picked up I sobbed/yelled, “Open the downstairs door NOW! I’m coming”. By the time I got there she was standing in the door looking confused. I fell into her, onto her. I choked out about the call. About Mitch not being missing anymore, but being dead. It was official. No more pretending. He was dead. I wanted to be dead. I might have died for a moment on the lobby floor of 400 with Cassie holding me and me holding her literally for dear life. I never told her how she was the only thing tethering me to this world for maybe a half an hour. I don’t remember getting upstairs, but she woke me up a few hours later. For Mitch’s birthday dinner that we had planned before he died. It was a solemn meal, where for maybe the only time in my life I don’t know if I said a word while fake eating my food. But we were together. We were a family and they took care of me. They caught me.

These three people potentially kept me alive for the 6 months following my husband’s death. Sobbing with me on the floor and keeping me up and out all night so I didn’t have to go home to an empty house. I loved them. I love them. And I grateful to them for keeping my head above water, reminding me how to laugh again, and the lifetime worth of memories.