Many of us {cough cough most of us} have had at least one one-night stand. That guy you met at the airport bar, your friend’s cousin that weekend you all rented a house at the beach, that Tinder date last week…

If you’re a sexually active adult not in a committed relationship or married and of a certain age, you’re bound to have at least a few. I personally love Love and am guilty of wanting every connection with a sexual partner to lead to more, and I’m also here to tell you that sometimes that is a mistake…. big… huge. I won’t say every time, because I’m still a hopeless romantic. But I’m making the case that nine times out of ten, we should leave our one-night stands at said one night. 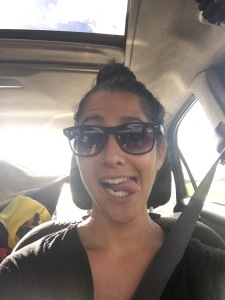 My relationship that most recently ended with the sexy Swed I met in Barcelona is what led me to this conclusion. However, I would be lying if I said this had never happened in the past and I simply hadn’t learned from my own mistakes. Just a year ago it was the hotshot fireman. Son of my mom’s friend that I stayed with on a multi-month camping trip out west. I was driving through, needed a place to sleep and wash my clothes, but planned to continue the road trip and never see the kid again.

Ha! Four trips worth of gas back to Missoula, Montana, my favorite grinder full of organic weed, and the only physical copy of the paternity test revealing to me who my father was at the age of 28 later, and we each think the other is an ass-hole. We could have chosen to limit the relationship to that one hot-spring camping trip, but no. I now can’t even stand the thought of the guy.

There was even Hoboken (as we still refer to him because of where he lived) who I met at my sorority sister’s wedding. He was the groom’s cousin and unfortunately, my relationship with him lasted longer than their marriage. Needless to say, that friend and I aren’t as close as we once were. I moved all the way to Hoboken, New Jersey to live with this guy I met by complete circumstance. What could have been simply fun in Athens, Ohio (Go Bobcats!) became a year and a half long-distance relationship that ended in bitter fights we let go on for much too long and a seven-hour sob- fest of a drive back to Ohio with my tail between my legs.

I value all of my relationships and am so grateful for what they’ve taught me, but going forward I will remember the lessons from these three in particular. They tainted what could have been stand-alone sexy, fun experiences. In each case, caused both of us months and sometimes years of unnecessary anger, confusion, and disappointment. We usually met out of town and not because someone thought we had common interests and would get along or even because a dating app said we might like each other. This is pure alcohol encouraged lust and we all know it. Plus, long-distance relationships suck— they are breeding grounds for jealousy, insecurity, and wandering eyes.

Unless he’s downright begging to see you again, your one-night stand morning-after should look like morning sex, a kiss on the cheek with a sexy “thanks for showing me a good time”, and a strut that will leave him thinking about you for days. Relationships are hard work and if you’re going to invest in one, make sure that they are deserving and not just the closest equally as drunk person. Lessons in Love from your friend Maranda